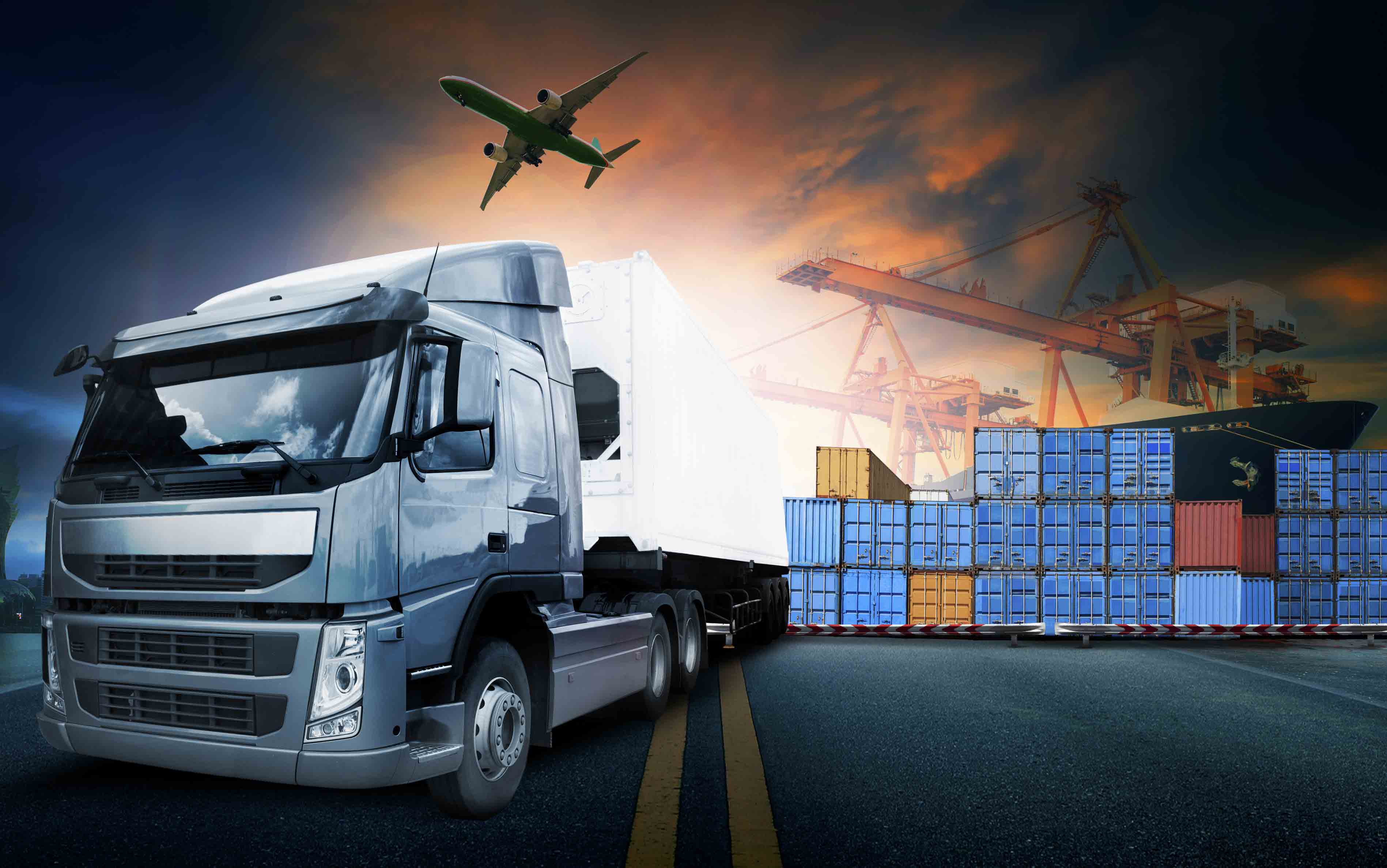 0 siteadmin January 16, 2017 5:31 pm
What Are the Seven Principles of Logistics?
The Role of a Freight Forwarder in the Current Logistics Market
What is Freight Management and How It Works?

Logistics in 2016 is said to be a significant year for the industry. But why exactly?

Well we’ve narrowed it down to the biggest events and developments of logistics for the past year.

Now we know it’s a new year, but by looking back at what happened for logistics in 2016 maybe we can have a look into what’s to come in 2017. So, here we go.

There were some big deals finalized in 2016 that pretty much made ‘3rd Party Integration’ a recurring theme. We saw that UTi Worldwide was acquired by DSV, Conway by XPO and Command Transportation by Echo Global Logistics. Each of these deals were necessary to make room for growth. The integrations allowed these companies to improve their service offerings, access different vertical markets and geographies as well as big price tags. Since their success with 3PL Integration, this might too become a recurring theme in 2017.

The 34 hour restart controversial provision, which placed in July,2013, was resolved by congress in 2016. By allowing truckers to go back to ‘pre-July 2013 regulations congress is removing flawed data from the rule making process’. Truck drivers no longer need to include two mandatory rest periods from 1 a.m. to 5.a.m making long-term route planning much easier for both shippers and carriers.

Everyone knows the power Amazon has in the eCommerce industry, yet they seem to undermine its potential in logistics. Amazon made big moves in 2016 that seem to signal that they are moving into new territory. They have planned to launch a trucking application for Uber that matches truck drivers with shippers for moving freight, air-cargo agreements with ABX Air and ATSG, and its own shipping network. If all of this launches in 2017, among other things they have yet to unveil, then Amazon will be on its way to becoming an eCommerce logistics conglomerate.

The President Elect, Donald Trump is taking office real soon and he’s already spoken about his many plans as president. Although most of the plans have been focused on healthcare and immigration, Trump also has some logistical plans for 2017. In order to make necessary changes in the Logistics industry he plans to alter existing trade agreements like NAFTA and increase manufacturing jobs in the U.S. These plans could greatly affect logistics in 2017, but there’s no way to tell in which way exactly.

The Ocean Container Shipping sector suffered quite a bit in 2016. It not only lacked demand and volume, it also suffered from overcapacity and unstable rates in the market. Thus, the sector made some consolidations by making alliance agreements like CMA CGM acquiring Neptune Orient Lines and the Ocean Alliance comprised of COSCO Shipping, CMA CGM, Evergreen Marine and OOCL among others. Through these types of alliance agreements the Ocean Shipping sector is expected to keep global commerce from being stagnant in 2017, but there’s not much talk about growth.

The US Environmental Protection Agency (EPA) and the Department of Transportation’s National Highway Traffic Safety Administration (DOT) set new environmentally conscious fuel efficiency and carbon pollution standards for heavy-duty trucks. These new standards are set for model years 2014-2018 and go in hand with standards set back in June 2015 by the DOT and EPA. Both organizations said this will reduce 270 million metric tons of CO2 emissions reductions as well as reduce fuel costs by more than $50 billion. This impacts freight transportation and the supply chain intensely because heavy-duty trucks represent the second largest segment. They also account for the largest increase in U.S. transportation in terms of emissions and energy use.

8. The FedEx and TNT Deal

Amazon wasn’t the only giant making big moves in 2016. FedEx acquired TNT Express-NV (based in Netherlands) for $4.8 billion back in May. TNT Express provides mail and courier services and is the 4th largest global parcel operator. FedEx said that ‘given that FedEx’s strength is providing U.S. domestic and extra-EEA international services and TNT Express’ provides intra-European services, makes their networks complementary’. FedEx also observed that this powerful combo will ‘allow the parties to sell a competitive e-commerce offering in the market’. This deal is a great benefit to SMEs in Europe, but for consumers from all over as well.

The Panama Canal, whose expansion process began with $5.25 billion in 2007 was finally opened in June 2016. The result of the expansion was the creation of a second lane of traffic and double the cargo capacity between the Atlantic & Pacific Ocean. The new canal is 70 feet wider and 18 feet deeper than the original. This project will surely benefit the logistics industry for many years to come.

There’s clearly lots of changes coming in 2017 for logistics, but what about the rest of the future to come. Based on a report, from the US Department of Transportation’s Bureau of Transportation (BTS) and Federal Highway Administration (FHWA) issued in March 2016 regarding freight growth, the freight tons coming onto U.S. transportation networks have an estimate growth of 40% over the next three decades to 25 billion tons. They also expect the value of freight to grow by 92% to $37 trillion and tonnage to grow by 69 million tons per day by 2045.

Now, that seems like a bright future for freight. Let’s hope 2017 is a great stepping stone to going further than 2016.

With the growth of freight, there’s a need for software to manage such growth. Our BoxOn Logistics software can help you get through such growing pains. BoxOn is an end-to-end software for Logistics providers that is built around your business and its set to only improve in 2017! If you’d like to try out a Free BoxOn Demo Click Here!

siteadmin: Best Features to Expect in a Freight Forwarding Software 0

siteadmin: How Retailers Can Streamline Their Warehouse Management software 0

siteadmin: What Are Future TMS and SaaS Solutions in Logistics? 0 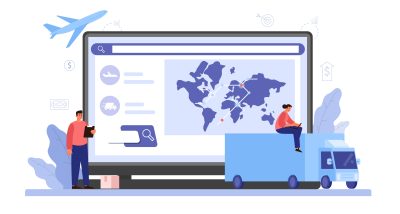 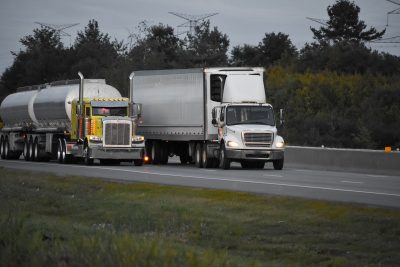 Best Features to Expect in a Freight Forwarding Software 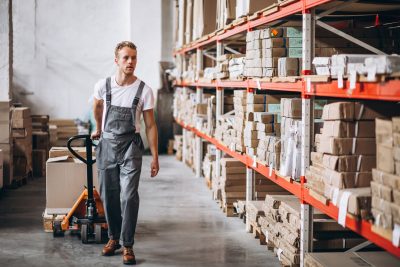 How Retailers Can Streamline Their Warehouse Management software 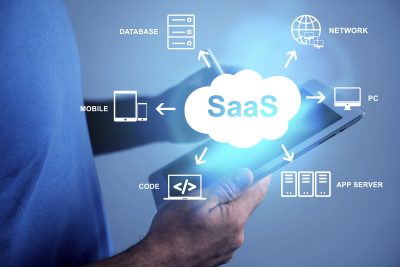 What Are Future TMS and SaaS Solutions in Logistics? 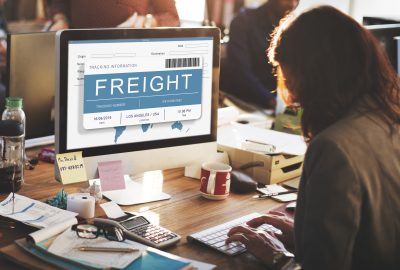